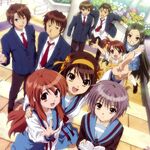 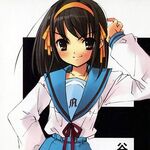 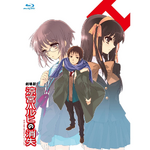 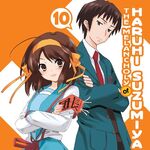 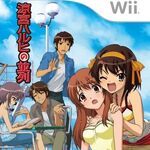 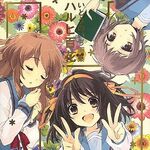 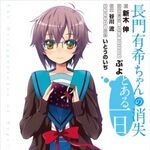 The Disappearance of Haruhi Suzumiya (涼宮ハルヒの消失 Suzumiya Haruhi no Shōshitsu) is a film for the anime that adapts the fourth Haruhi Suzumiya light novel of the same name. It was released in Japanese theaters on February 6th, 2010. The movie has a run time of 163 minutes, the equivalent of 7 episodes. (Read more)

The Melancholy of Haruhi-chan Suzumiya manga came to an end on December 26, 2018, in Shōnen Ace.

The Disappearance of Nagato Yuki-chan comes to an end as Volume 10 (in Japanese) is published.

A new song, named Sixth Sense Adventure is on sale via iTunes, animelo mix, mora, music.jp, Recochoku, and others.

The Complete Soundtrack of Haruhi Suzumiya, which includes the complete soundtracks of the first and second seasons (including previously unreleased tracks), along with the opening and ending themes, insert songs, and radio theme songs, is released.

Want to affiliate with us?
If you would like to become an affiliated site, please contact an administrator.

"One should be enough."
Reminder and Warnings
Administrators and Users

Retrieved from "https://haruhi.fandom.com/wiki/Haruhi_Suzumiya_Wiki?oldid=22947"
Community content is available under CC-BY-SA unless otherwise noted.