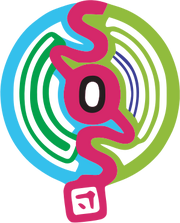 The club is not an official school club; it has a constitution and the five members required to form an official club, but is not sponsored by a teacher. The club acts out of the Literary Club clubroom in the cultural department clubhouse, but replaced its sign with the SOS Brigade sign. The club is not located on the first floor and is right next to the Computer Research Society. The Student Council refuses to recognize them, eventually sparking an antagonistic relationship with the Student Council President.

Despite being unregistered, the SOS Brigade conducts normal club sessions and is involved in various activities in school. It often acts like a "real" club, such as sponsoring events at the Cultural Festival. The club poaches from the Literary Club when it needs a budget (for buying baseball uniforms and planning a movie, for instance).

It features a desk, a long table, a desktop computer (stolen from the Computer Research Society) and four laptops (obtained by beating the Computer Society in a game), as well as numerous cosplay outfits, board games and books. Near the end of year 0, a particularly cold winter prompted the addition of a space heater (the club room has poor heating from the school). By year 1, Haruhi intended to "air out" the room by throwing unneeded stuff out.

Haruhi has subconscious reality-altering powers of which she has no knowledge. Most of the club membership consist of Haruhi's "favored" kinds of people: an alien, time traveler and esper, along with normal human Kyon. Haruhi herself is unaware that the majority of her clubmates are not ordinary humans. Their tasks include entertaining Haruhi, whose unique personality makes this difficult ... and also because if she gets frustrated her own reality-altering powers can destroy or remake the world. The club must also cover up problems caused by Haruhi's uncontrolled powers and the strange phenomena attracted to these powers, and they must also hide evidence of them from Haruhi and presumably everyone else. As a result, club members frequently engage in ordinary, "slice of life" activities such as playing baseball or filming a student movie, which sometimes become life- or even world-threatening events, but must continue to pretend to be engaging in ordinary activities while simultaneously solving the real problem.

This section is a stub. You can help Haruhi Wiki by expanding it.

Kyon inadvertently gave Haruhi the idea to form the club after she told him about her joining and quickly quitting all of the existing North High clubs. He explained how normal people are better off with what they have, and how the people who did not like what was given to them invent and discover things and advance civilization in the process. One example was the people who invented planes did so because those people wanted to fly. This inspired Haruhi Suzumiya to create a new club since there was no club that follow the same goal she wanted in a club.

Haruhi might have gotten the club's name from a sentence that John Smith told her on Tanabata of year -3 in The Disappearance of Haruhi Suzumiya : "Cheers to saving the world by overloading it with fun with John Smith!" If this is true, then the strange club name actually wasn't made up by anyone, but generated by a stable time loop.

Haruhi Suzumiya is the first member and leader of the group. She formed the group in order to search for aliens, time travelers, and espers and have fun with them. She gathered all the other group members together, found them a clubroom to stay in, and arranges most of their events. However, she is unaware of the members' true natures.

Kyon is the second member to be forced into joining the SOS Brigade. Kyon unintentionally gave Haruhi the idea to create the Brigade, and helped to create the group's website. Haruhi usually gets Kyon to do most of the work.

After learning of Haruhi's true nature from Koizumi, Kyon was saddled with the task of keeping Haruhi "calm" so she wouldn't create closed space. Kyon was assigned the task because Haruhi supposedly only listens to him.

Yuki Nagato is the third member to join the group. Yuki didn't technically join the group, however. Haruhi discovered that the Literary Club was to be cut if no-one new joined after all of its members graduated. The only person who ended up joining was Yuki, so Haruhi considered the group close enough to being cut, and so "stole" their club room. Yuki was fine with this, despite Kyon attempting to persuade her otherwise.

Mikuru Asahina is the fourth member of the group. Haruhi noticed Mikuru day-dreaming on several occasions, and so "voluntarily arrested" her. Haruhi believed that in every event where something strange happens, there is always an alluring, cute girl present, and believed Mikuru fit the bill perfectly. She also considered her the mascot character of the Brigade.

Itsuki Koizumi is the fifth and last member to join the group. He was taken to the club by Haruhi because he was a "mysterious exchange student". Itsuki put up no struggle, and joined the group with little fuss. He is later promoted to "SOS Brigade Deputy Chief".

Emiri wanted the SOS Brigade to help her find her "so-called-boyfriend", The Computer Research Society President.

Sakanaka wanted the Brigade to research about how all the dogs in her neighborhood are spiritually possessed.