The project was approved and announced in December, 2013.[1][2] In September, 2014 Kadokawa's Young Ace magazine announced that the anime will premiere in 2015.[3] In December, 2014, the official website unveiled the main staff and main cast for the series.[4] Unlike The Melancholy of Haruhi Suzumiya (the adaptation of the original Haruhi Suzumiya light novels, produced by Kyoto Animation), this series was produced by the Satelight animation studio.[5]

It premiered on April 3, 2015.[6] It aired for sixteen episodes, covering the first five volumes of the manga.[7]

An original video animation will be bundled with the manga's ninth volume on October 26, 2015.[8][9]

FUNimation acquired the rights to the series shortly after its premiere, streaming the series subtitled on its online service. On May 29, 2015, an English dub was released, with the cast revealed the day before. All cast members from the Bang! Zoom! dub (IE Michelle Ruff, Crispin Freeman, and Wendee Lee) reprised their roles. The dub is directed by Christopher R. Sabat, and Bonny Clinkenbeard serves as head writer.

The series is an alternate story of the The Melancholy of Haruhi Suzumiya, taking place in the world of the "Disappearance" arc from the original novels. It focuses on the high school life of the human version of Yuki Nagato. Unlike the main series, Asakura and Kyon start in the same class with Yuki in North High School. Mikuru (Asahina) and Tsuruya are at the same school, but in a different class. Haruhi and Koizumi attend a different prep school, but cross paths with the others after an initial interaction between Haruhi and Yuki. 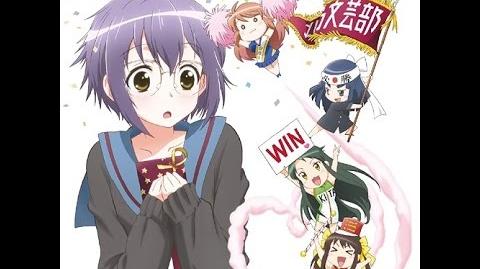 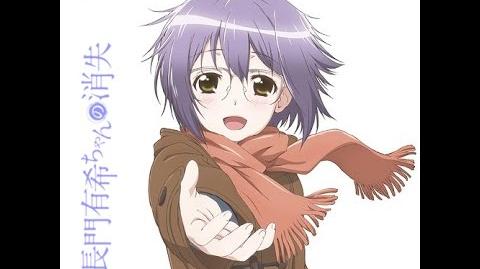 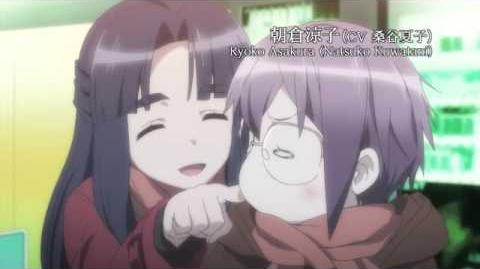 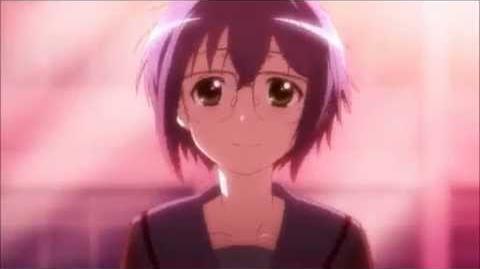 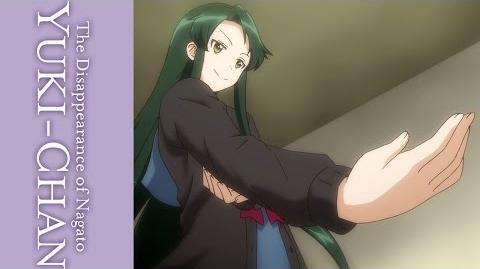 Retrieved from "https://haruhi.fandom.com/wiki/The_Disappearance_of_Nagato_Yuki-chan_(anime)?oldid=22916"
Community content is available under CC-BY-SA unless otherwise noted.