The Melancholy of Haruhi Suzumiya

"This page is for the anime, see here for the disambiguation page."

The Melancholy of Haruhi Suzumiya (涼宮ハルヒの憂鬱 Suzumiya Haruhi no Yūutsu), directed by Tatsuya Ishihara, follows the high school life of Haruhi Suzumiya, a young and very eccentric high school girl and her SOS Brigade. Although Haruhi is the central character, the story is told from Kyon's point of view. In the SOS Brigade, Haruhi managed to gather together Kyon, Yuki Nagato (an alien), Mikuru Asahina (a time traveler), and Itsuki Koizumi (an esper), respectively. Nagato, Asahina, and Koizumi are supernatural beings sent on a mission to watch over Haruhi to keep her from destroying the world and creating a new one by accident.

The anime appears to be set in Nishinomiya, Hyōgo, Japan, although the city is never actually named in the series. The manga instead states the series takes place in Kobe, a nearby larger city. North High School, where Kyon, Haruhi, and the rest of the SOS Brigade members attend, is the real life location of Nishinomiya Kita High School. The Kitaguchi Station seen in the anime is actually the Hankyu Nishinomiya-Kitaguchi Station, and the Kōyōen Station (光陽園駅), is named after the real Hankyu Kōyōen Station (甲陽園駅). Uegahara Pirates (上ヶ原パイレーツ) of the Kwansei Gakuin University is also based on a real team.
Click here for a list of Haruhi Suzumiya places

Originally, the first season was aired out of order, though the list above has the episodes listed in chronological order. The Melancholy of Haruhi Suzumiya episodes were aired in order with the other episodes randomly placed in between them, the final episode of the original broadcast being The Melancholy Of Haruhi Suzumiya VI. During the previews for the “next episode”, two different numbers for the following episode were given: one number from Haruhi, who numbered the next episode according to where they actually fit chronologically in the plot, and one number from Kyon, who numbered the episodes in the order in which they aired. The sole exception is episode twelve, which is both the twelfth episode aired and the twelfth episode chronologically, a fact Kyon mentions in the preview. The DVD release of the anime had The Adventures of Mikuru Asahina Episode 00 as the first episode and then featured the remaining episodes in chronological order.

The second season was not broadcast until 2009, combining previous episodes with new episodes as a single season, and has the episodes arranged in chronological order. The second season proved controversial with the handling of the "Endless Eight" arc. The development leading up to the decisions is highly speculated. Speculation seems to point to the desire to bridge the three-year gap to bring back fan enthusiasm for the movie, make a unique approach to storytelling that was never done before, and have enough material to cover a full season.[1][2] Whatever the decisions were, the end result is the animation of The Disappearance of Haruhi Suzumiya as its own movie and filling in the necessary story behind it as part of the second season, including the decision to combine both seasons as a single season and Endless Eight. Regardless, the decision produced enough fan backlash to cast doubts on a third season.

The Disappearance of Haruhi Suzumiya

The storyline of the second season of the anime is followed up by the movie The Disappearance of Haruhi Suzumiya. 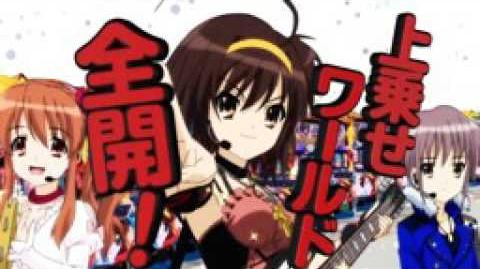 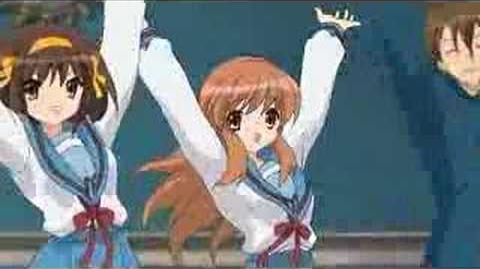 The anime won the Animation Kobe Award for TV Feature in 2006. At the Sixth Annual Tokyo Anime Awards, the series won the category "Best TV Anime Series," along with Code Geass and Death Note. Furthermore, Aya Hirano won the "Voice Acting Award." She also was among the "Best Actress in a leading role" category from the first Seiyū Awards. 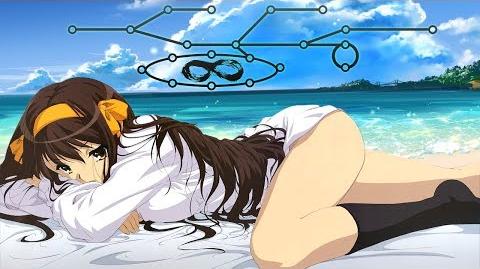 Chronexialogy - How To Watch The Melancholy Of Haruhi Suzumiya's Timeline

The Disappearance of Nagato Yuki-chan

At least two Original Net Animation spin-offs of The Melancholy of Haruhi Suzumiya have been released.

The Melancholy of Haruhi-chan Suzumiya