The Melancholy of Haruhi Suzumiya Part 4

Haruhi is visibly bored and is not her usual energetic self. Ryoko Asakura, the class president, is concerned and asks Kyon to help her. Kyon later finds a mysterious letter in his locker, which directs to come to a classroom, where Ryoko confronts him. Revealed to also be an alien, Ryoko attempts to kill Kyon in order to provoke a reaction from Haruhi, but is stopped by Yuki. Later, Kyon meets Mikuru's older self that had traveled from the future, who reveals that Snow White is the clue essential to his future. Ryoko was reported to never have transferred into the high school, much to Haruhi's suspicion. 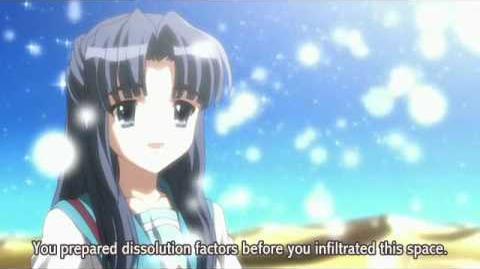